Here are some fun facts about these beautiful creatures.

🦒 Giraffes are the tallest mammals on Earth. Their legs alone are taller than many humans—about 6 feet.

🦒 They can run as fast as 35 miles an hour over short distances, or cruise at 10 mph over longer distances.

🦒 Giraffes only need to drink once every few days. Most of their water comes from all the plants they eat.

🦒 Giraffes spend most of their lives standing up; they even sleep and give birth standing up.

🦒 The giraffe calf can stand up and walk after about an hour and within a week, it starts to sample vegetation.

🦒 Despite the females’ attempts to stand over their calves during attacks by lions, spotted hyenas, leopards and African wild dogs, many calves are killed in their first few months. 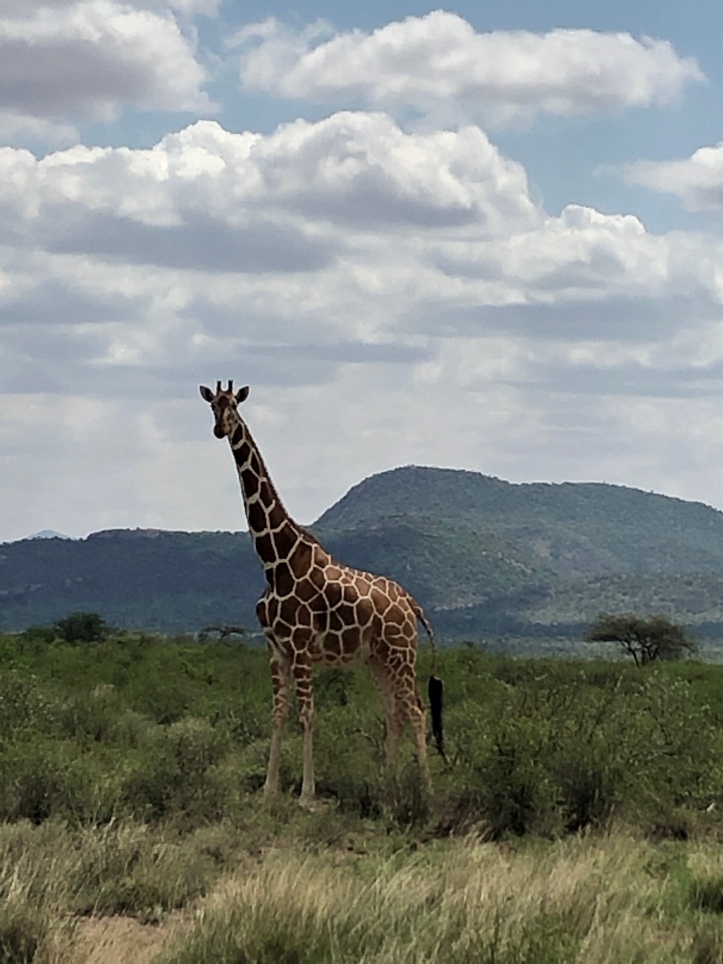 🦒 A giraffe’s spots are much like human fingerprints. No two individual giraffes have exactly the same pattern.

🦒 Both male and female giraffes have two distinct, hair-covered horns called ossicones. Male giraffes use their horns to sometimes fight with other males.

🦒 Giraffes only need 5 to 30 minutes of sleep in a 24-hour period! They often achieve that in quick naps that may last only a minute or two at a time.

🦒 Whilst it was thought that giraffes did not make any sounds, this is now known to be untrue, as giraffes bellow, snort, hiss and make flute-like sounds, as well as low pitch noises beyond the range of human hearing. .

Videos and photos taken by Kamal Kaur at Samburu National Reserve in Kenya.