That Hashtag For Kenyans #KOT 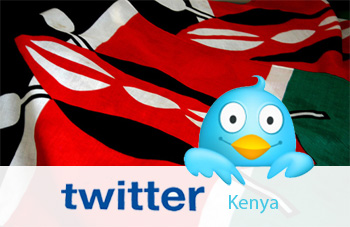 If you’re signed up for the micro-blogging site Twitter, you’ll know at once what I’m talking about. The wonderful and addictive world of Twitter has a magnetic pull that if you don’t log on every ten minutes (this is for the addicts) you start getting withdrawal symptoms. The extreme addict goes a step further and just doesn’t log off and on the computer at work has a tab open to constantly keep checking up on Twitter updates. (Excuse me while I take care of my sudden coughing fit…!)

I signed up for Twitter when it was all the rage but didn’t quite get the hang of it right away. Also at that point I was terribly addicted to Facebook, which was far more interactive and didn’t require you to beg for followers. You added someone on your account and you were automatically added to their account. On Twitter it’s hard to get followers. After almost three years I’m still trailing at 1800 while the likes of Jeff Koinange, Bob Collymore, AlyKhan Satchu and Gina Din have followers like a kettle of fish. I’m envious of that. Film stars and celebrities have followers in millions and some Kenyans on Twitter have been known to entice new followers by promising gifts if they reach a certain number of followers. ‘My 5,000th follower will get a bottle of some fancy alcohol’ or my 3,333rd follower will have the pleasure of having lunch with me.’

Then there are some who are there for the sole purpose of criticizing everything with fake accounts. The ones who criticize with their real names get jeered at for some time but there’s enough respect for such people because they had the guts to speak up and not hide behind a fake identity.

Twitter cliques are also rampant. We take sides and we create our own ‘chat groups’ where we talk to each other and drag the likes of some local celebrity whom we know and start a conversation. On the other hand, this local celebrity whom we deem to be a star could probably just be an ordinary friend of the person who decided to start the conversation on a common interest but being the Kenyans we are, we sometimes tend to judge too harshly.

There are lurkers who have Twitter accounts just to spy on you and what you do, say or opine. Generally one’s boss tends to do this. They get an account, follow you and start reading your random tweets and taking everything as a personal attack. There are also the snitches who read something, misinterpret it and make it their life’s duty to ill-inform others, thus starting a tweef (Twitter Beef – a fight on Twitter). Tweefs are amusing as long as you’re not in the middle of it and generally keep your opinion to yourself if you don’t want to get burnt.

I love being on Twitter. I have always said that one Facebook I have people I went to school with and on Twitter I am amongst people I wish I went to school with. All the pettiness aside, Kenyans on Twitter an awesome bunch of people who mostly stand up for what they believe in. Above all, they’re so funny that you’ll howl with tears in your eyes and gasp for breath reading some of the locally started trending topics.

Get a Twitter account and search for #KOT. I promise you that you’ll get addicted right away.