What was the naughtiest thing you ever did in school…?

I asked this question on Facebook and got some rather interesting replies. Thought I’d share them with you. What was the naughtiest thing YOU ever did in school? Do add to the list! I’d love to know what your teacher/ headteacher thought was a punishable offense and how you were punished for it.
~Kamal 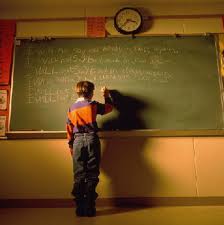