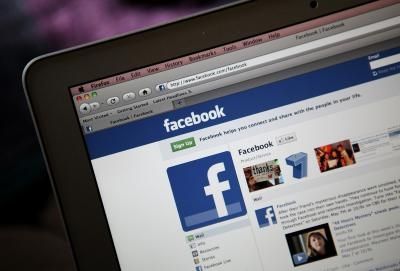 ‘And that’s the thing about people who mean everything they say. They think everyone else does too.’
– K. Hosseini

Often people get upset with each other because they get upset with what they THINK was said. They read between the lines and start putting two and two together and come up with five, totally misreading everything and creating a huge problem for themselves and others.

I also strongly feel social media plays a great big role in this. Someone will put a status update on Facebook and at least twenty three people reading it will think it’s about them, get upset, mad, angry and then ‘retaliate’ by putting an equally passive aggressive status update which a further twenty seven people will read and think it’s about them, and thus comes about this chain reaction of people who carry on saying things meant for one person but others take it personally and lash out too.

I’m yet to find a very loving status update that has been read into and created a chain reaction of soppy and lovey-dovey messages. It’s usually the vitriol that goes out of hand. Everyone feels so wronged these days that it becomes impossible to tell when people are actually being genuine.

From a personal point of view, I must say I’m at face value. I say what I want to tell people straight on their face. If I put an update on my social media and people think it’s about them, well, I’ve always says that if the shoe fits then lace it up well. If I want you to know something, I will tell it to you straight up and not bitch about it on social media. If I want to show my love to you, I will want to spread the good word and gratitude on my updates but I’m not about to bitch about you on social media. Considering that I have so many people on all my accounts, you’d have to be pretty stupid and full of yourself to think that a generic statement is about you.

I say what I mean and I have always thought and hoped people around me do the same. Double meanings are just meant for dirty jokes right? Also if you ever feel something is about you, just ask me straight up instead of getting the wrong end of the stick and bashing me and yourself up over it.

If all that still doesn’t work for you, then I strongly suggest that you either stop following the updates of the people who upset you or you just get off social media completely and live in your pretty little cocoon where no one can put updates about you and even if you think they do, they won’t bother because HEY! You are NOT on social media!

Be kind. Everyone is fighting a battle you are not aware of.