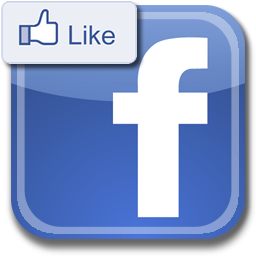 Last week, as we were still nursing hangovers and trying to stop being in denial that 2016 was finally here, I decided to allow my daughter to have a Facebook account. She’s fifteen now and I have held out for as long as I could, keeping her away from social media. Many of her friends and cousins have been allowed to have social media accounts but when you are a social media manager, you get too see a lot of things that, as a parent, you’re just not ready to expose your children to.

Anyway, with dire warnings, lots of pep talk and promises extracted from her to hold her head up high when conducting herself on social media, I allowed her to have a Facebook account. Straightaway she earned a lot of brownie points because her profile picture was a recent (and rather flattering!) selfie she had taken with me. Within an hour she had forty-three friends and by the next morning she had a hundred more.

Of course I was going to stalk her online and check who her friends were and what was being written on her wall! Many family members had added her and I saw most of her school friends had added her too. For about two days, I kept warning her not to be on Facebook all the time when I realised it was futile to say so, because as soon as school reopened early this week, she calmly told me she’ll be logging out and only check it on weekends, and that it was not all that she had thought it would be.

I wasn’t sure if I should have let out a whoop of joy so I didn’t, but the inner mummy in me channelled this happiness into a rather calm ‘As you wish, darling’ and got on with life. My girl is quite wise for her fifteen years and is turning into a good friend to me. Of course there are lines that have to be drawn but I think my daughter is a cool person to be around – she gets on with people of all ages very quickly and I love that about her. I was the same at her age.

I’ve always maintained that I choose to be my children’s mother instead of their best friend. That formula doesn’t do anything for me. Children need the guidance of parents. They need their mother to be their mother. You see, I have always said that your best friends will come and go, you can always make new ones, but the bond you have with your child as a parent is something that never gets taken away. Build and nurture this relationship. Gone are the days when you could slap your kids into oblivion to make them listen to you or do as your bidding. We may have grown up with imprints of rubber slippers on our backsides but I’m loathe to do that to my kids. A smack on the bottom is what I have meted out, and always felt terrible after doing that but there are times when you need to discipline your child.

I look back and think that as a single mother, I have not done too badly with bringing my kids up alone. They’ve turned out pretty ok despite the circumstances and I do hope they carry on being good humans and bring out their best into the world and learn to give back to society.

I’m sure there are many Facebook pages for that! Ha!