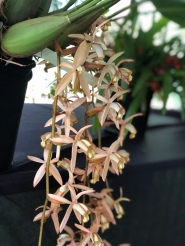 Around eleven or so years ago, I could not tell a real plant from a fake one. I loved having greenery around me, but I had no idea on how to look after plants or maintain them until my parents had to move house and there was no place to take their hundreds of plants with them.

So eventually, guess who ended up inheriting everything?

Yes. Me. I ended up getting all the plants with a dire warning from my father telling me that I could either learn to look after them or just let them die, the way any passive aggressive comment from a parent can be hurled at one. 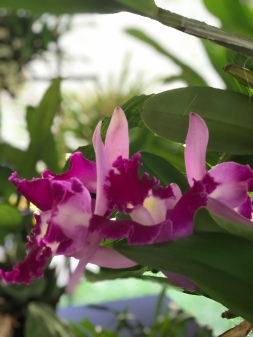 I guess I must have done something right because after all these years I have managed not to kill off the plants unnaturally, and I have also added to the collection of flora in my garden. My mother’s florist, Alan, is great to chat with he. He will always pass on some great advice regarding plants and thanks to him I have learned quite a few tips and tricks on plant care and maintenance. 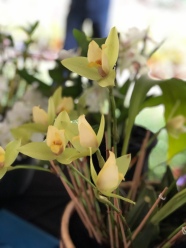 For many years, my friend Salima who has been a member of the Kenya Orchid Society, has been telling me to join. I’m afraid I was never ready. ORCHIDS?! I have killed quite a few in my time so I felt it’s best to steer clear of being a part of a society that is solely committed to these gorgeous species of flora. Salima eventually became the chairperson a couple of years ago and continued asking me and now I have finally relented and only because I haven’t killed an orchid plant in many years and, I guess, it was high time I supported my friend! 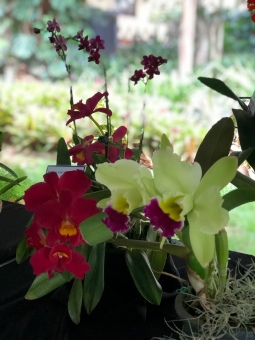 Last weekend I attended my first meeting as a member and I thoroughly enjoyed myself. First of all, the orchid display from the members was amazing. I was told this was a ‘good’ meeting to come to because it was the one just before the grand annual show. I got to learn quite a bit within the first meeting. From how to prop the new stalks with stakes to snipping off the dead/ dry/ damaged leaves with a very sharp scissors, I was very pleased with the notes that I took down. 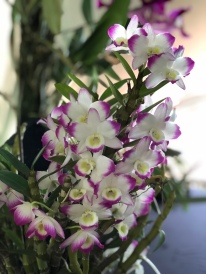 I was also highly encouraged to participate in the upcoming show as a Novice Entry, and despite my protests, I found myself signing up to enter the show along with my very humble plants. I’m now nervously counting down to the show, filled with trepidation at the thought of putting up my plants along with all the people who seem to own the best orchid plants in the country!

Here’s to bravery and trying new things. It really is an honour to be a part of the Kenya Orchid Society. There are such lovely people on board.