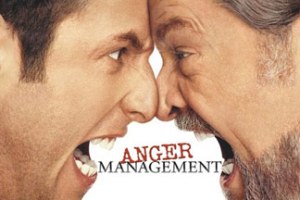 I think I got to know of the phrase ‘Anger Management’ after watching the Adam Sandler movie a few years ago. It was funny and I also realized somewhere at the back of my mind that angry people do need some kind of help. This is not glaringly obvious to the person who gets angry but to those around this person or the recipients of their wrath.

Anger is a deluded mind that focuses on an animate or inanimate object, feels it to be unattractive, exaggerates its bad qualities, and wishes to harm it. Check this out – when we are angry with our partner for example, at that moment they appear to us as unattractive or unpleasant. We then exaggerate the bad qualities by focusing only on those aspects that irritate us, in the process completely ignoring all the good qualities and kindness, until we have built up a mental image of an extremely faulty person. We then wish to harm him in some way, probably by criticizing or disparaging him.

And that’s when the fight started….

It’s a shame when two people who say they love with each other can fight so much that they come to a point where the bickering never ends, the blaming never ends and then comes the silent treatment and sometimes people just end up cutting each other out of their lives. From siblings to kids, from grown ups to lovers, peoples’ lives can change so drastically just because of words or actions that are said or done in anger.

So how can you control it? Don’t under-estimate the power of slowly counting to ten and if need be increase to twenty. You need to slow down and THINK before uttering something that could end up destroying something so precious. People generally tend to remember the horrible and harsh words uttered to them more than loving ones. Try not to be the reason of someone’s visit to a shrink.

You may cool down eventually and forget the incidence that triggered you to utter harsh words but some people are like sponge personalities. They absorb everything and cannot let go until someone else squeezes it out of them. Learn how to express your feelings and needs assertively in situations that make you feel angry or frustrated. Do that in a non-aggressive way. Assertiveness has nothing to do with aggressiveness. Assertiveness includes respect for yourself, and respect for others. BIG difference and no one needs to lie down on a couch for an hour talking about their issues to someone who is being paid astronomical fee by the hour.

Also learn to say sorry. It really doesn’t kill anyone to apologise for something that is wrong. Your ego may not allow you to apologise even if it’s not your fault but if you’re really going to rise above it then just say sorry and allow yourself to move on. And saying sorry doesn’t mean that you will bring up the same incidence in a later argument. Saying sorry means you are ready to let go of it completely and be positive. Yes I know – easier said than done but once it becomes a habit it’s not hard at all.

Control your outburst and mean, venomous words that you spew out when angry. The damage can sometimes last a lifetime and it will be your loss. If your anger is accompanied with violence then you need to seek out someone who charges by the hour and makes you lie down on a couch and talk about what is the root cause of your anger. List down your triggers, start looking for warning signals within by being aware of what makes you angry and walk away from the situation until you are calm enough to tackle it. I tend to switch off but not many people around me like it when I do that. In their minds I’m supposed to be a happy, jolly person who is supposed to be laughing and joking and making everyone laugh at any given moment.

Well, piss off. I can’t do that all that time and I’m just as human as the next person. 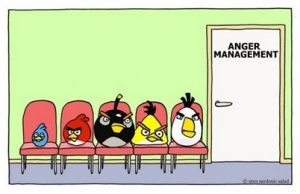