Go on… Pinch my Masala! 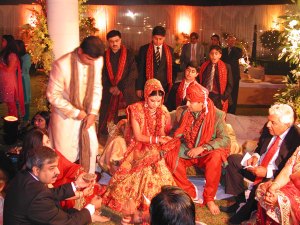 So last weekend I was at the temple for a wedding. Usually I avoid such social gatherings with the same zest as you’d avoid the veneral diseases Valentine Njoroge talks about right on this page above me. I was the most social person I knew but now I prefer just to keep to myself and only be seen and heard where and when necessary.

The wedding was lovely and beautiful but that’s not what I want to harp about today. It’s about the guests who were there. Now before I get lynched or have someone call for my beheading I might as well make myself clear that I’m just making light hearted comments based on observations I made, not just at this wedding, but many others that I have attended.

The wedding party is a good place to start when you’re indulging in people-watching. Have a look at the girls all dressed up beautifully to the nines and all looking glamorous and very chic. The temple premises become somewhat of an impromptu fashion runway for this bevy of beauties who are either accompanying the bride or are related to the groom.

I attended a wedding once and was photographing the bride to cover in the Star for the Society page and one of her diva sidekicks shoved me and my rather expensive, borrowed camera and said I could not take pictures for the newspaper. I just gave her a death glare and told her to ask the bride’s father if it was ok for her to treat me so rudely considering he was the one who called and requested for the pictures to be taken. You meet all sorts.

Then there are the lads who hover around the groom looking rather hungover from the previous few days worth of partying. These guys are usually eyeing up the divas who have zeroed in on who they want to be match-made with. The giggles and the weird walking up and down in front of the guys takes on an interesting dimension eventually. The old ladies with knee problems who cannot climb upstairs to the main prayer hall sit downstairs, watch all these shenanigans and whisper into their headscarves creating their own version of Broken Telephone, distorting whatever is in front of their eyes to versions that can put any B grade Bollywood script to shame. 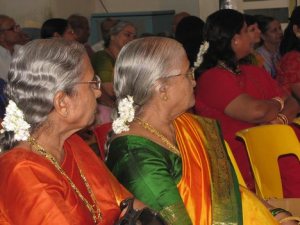 Then comes the swapping of BlackBerry PIN numbers for chatting purposes. The wedding going on is of no consequence at this point to the ones keen on having their wedding invitation cards printed within a year or so. A furious exchange of glances, smiles and BlackBerry PINS occurs and then all of a sudden everyone’s looking at their handsets, typing away and grinning like a Cheshire cat.

Then about eight months later, there’s someone at your door and in their hand they come bearing a box of ladoos (Indian sweetmeats) and a wedding invitation card. 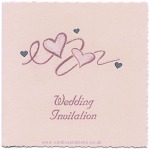 You know exactly what’s going to happen after that, don’t you…?