For what it’s worth… 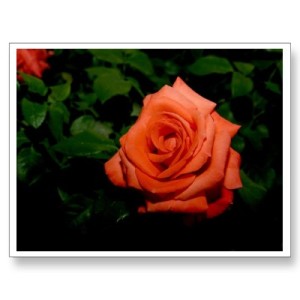 From Nuclear Thermostat Disasters to breakfast in bed, I’ve been saved and spoiled by my kids very many times.  They’ll do amazing things to make me weep tears of gratitude and then perfectly balance this equation out by driving me mad by doing things that will raise my blood pressure and make me give them death glares.

Googlee and Dream Girl (not their real names!) are amazing kids and I’m not just saying that because they have my DNA. I’ve seriously been blessed with wonderful kids who really do understand a lot more than kids their ages. Being a single Mum isn’t always a bed of roses but I’m ever so grateful for that because I don’t have to share their love, hugs and kisses with anyone else. I’m selfish like that.

On Sunday it was Mother’s Day and a couple of days before that, they were very aware that this day is coming up and I’d catch them whispering and then going quiet if I came within hearing. They tend to do this before my birthday too and I just love it.  So the whispering continued, plain paper from the printer disappeared and my fancy glittery pens were not where I last kept them.

Come Saturday night, I was told not to wake up early as ‘We don’t have to go to school tomorrow so you don’t have to make us breakfast’ and I suppressed a smile. They actually banished me to bed early and were up discussing stuff with whispers that could be heard even at the neighbour’s house. I pretended to fall asleep and I heard one of them sneak into my room and do something on my bedside and in the bathroom and ‘quietly’ walked out.

Anyway, eventually the house went silent and even I fell asleep and woke up the next morning at around 6.15 am because the whispers had started again. Then I heard them going downstairs to the kitchen and heard pots and pans being banged around and I smiled to myself. Yippee! I was getting breakfast in bed! I waited patiently for them to come into my room and throw themselves at me and cover me in kisses and right on cue they both barged in.

‘HAPPY MOTHER’S DAY!’ they yelled and smothered me with their kisses and cuddles and then I was told that I will only be treated to breakfast if I could sus out the clues from the treasure hunt to find my present first. What treasure hunt? Apparently they’d spent last night writing clues and hiding the papers at various places around the house so I could gather the clues to my pressie. The one on the bedside led me to one in the bathroom and then I was taken to the top of the staircase where Googlee suddenly started admiring his photograph with such intensity that it dawned on me the next clue might be behind the picture. Surely it was. After about several more clues like that littered around the house I finally sussed out where my present was hidden. In the microwave!

I had a hearty laugh as I opened the microwave oven and saw my cards and pressies in there. After oohing and aahing over their lovely artistic capabilities I was treated to a fantastic breakfast of pancakes made from scratch, omlette stuffed in croissants and a hot mug of Earl Grey tea with a home baked cup cake.

Am I not a blessed Mum…?