Our city got owned on Wednesday

I have Mummy Duties that need to be fulfilled every morning before I go to work. For some reason, Tuesday night I just couldn’t sleep at all and I lay tossing and turning in bed thinking things over. Not for a minute did my mind wander into the near future, when in a couple of hours after the cocks would crow, Nairobi would come to a standstill.

The kids left for school at 6.30am like they always do due to the horrendous traffic that they have to endure each day but little did they know that as soon as they left home they’d be stuck, and how!  All of a sudden Nairobi had come to a standstill, vehicles inching their way forward to their destinations with frustrated drivers and passengers. People, who could, took to social media to vent about their woes and everyone seemed to have an opinion on this mess we seemed to have woken up to. 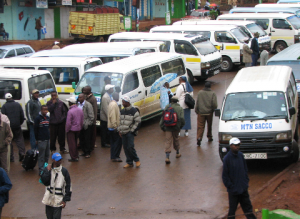 Matatus were doing what they do second best. The first thing they do best is be a nuisance on the roads, disobeying and disregarding all rules on the road and the second best thing they do is strike when admonished. A protest was in effect that brought the city to a standstill. Roads were blocked and the entire transport system was paralysed. In a nutshell, Nairobi was owned by these striking matatu people on Wednesday and we could do nothing about it.

Orders to tow the vehicles causing blockages were met with laughter on social media. Did we even have the facilities to tow away all these vehicles? The thing with social media is that all of a sudden, people have a platform, a voice, and they feel nothing when expressing themselves. I simply refused to see how many times our Governer, Evans Kidero, had been tagged on Twitter. I know I’d have been there all day. I was tempted to vent but I decided against it. My kids reached school really very late and then I was hearing that cars were being stoned and that really scared me. I mean it. After the Westgate incidence, everything scares me and makes me anxious. I think the worst about everything and the mind starts overthinking, regressing my healing to square one.

I’m not one to shoot down efforts being made by our Government to bring order and good governance to our country but had such a chaos occurred in, say, United Kingdom, the Minister for Transport, at least, would have been answerable and probably had to resign. What happens in our country? We have leaders who go on the defensive and get argumentative instead of finding permanent solutions to problems. Wednesday’s chaos happened because, like with petulant children, you give in just once, they know they can twist you around their little finger and get away with whatever they want.

Evans Kidero, sir, I know you have a tough job but you wouldn’t have been given that job if you were not capable of it. Come on man. Do something. There was also a lot of talk on social media where people were saying they’re moving to Machakos. It’s about good governance with results at the end of the day. Address issues please, before they disable our country.

I read this yesterday and the focus was instantly shifted: Be angry with your government, not your country.

Enough said. Have a good weekend.