How to put up with bullshit 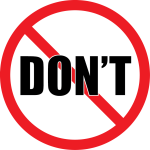 That’s your answer in a nutshell. I know it is easier said than done but as you start realising that it’s okay for you to say no, protect the peace of your mind, draw boundaries that are not to be crossed, or even have the need to cut off from that which serves no purpose in life, you’ll suddenly start asking yourself why you put up with everything for so long.

It all starts with being disciplined. From an early age, it is instilled in you how you must behave, how you cannot answer back because it’s rude, and should you be one of those brave ones who actually does have a smart reply, you’re probably admonished or punished for it. You’re just trying to be expressive but it’s considered rude so to avoid any kind of punishment, you learn to keep quiet.

As you grow older, you try any of your freedom of expression in school, you’re earmarked as rude, undisciplined, and probably even suspended or expelled from school. You therefore learn to shut up.

You see where I’m going with this. You end up putting up with a lot, you stay quiet about it, but largely, you’re boiling inside with resentment at the unfairness of it all. Even then you keep quiet!

We all know this is the quickest and easiest way to ill health. It can adversely affect you mentally and physically. You feel drained with the burden of it all, and unless you don’t speak up about it or actively do something to remove yourself from an equation where you’re not feeling good about yourself, you’ll create a cycle of resentment.

To advise anyone to become stronger or to tell them to speak up when feeling short-changed is very easy. To be able to act on it is a whole lot harder than one thinks. That doesn’t mean that there’s no hope for you. It starts with baby steps. Start small. Say no. You don’t have to be rude about it but you can let people know that there are things that you will not do. Stop explaining yourself all the time. Sometimes, a simple no can suffice. I know from my own experience that when I started saying no to something I didn’t want to do, I’d feel compelled to explain why. I eventually realised it’s no one’s business to know why I’m saying no. You see, it’s instilled in us as kids to have to explain – we are answerable from a very young age and this becomes ingrained in us. It’s okay to let it go. It’s okay to not have to explain. It’s also okay not to feel bad about it. 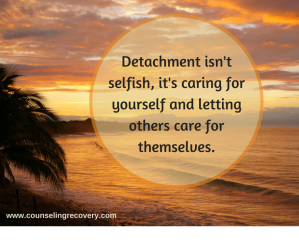 My way of handling negativity is to remove myself from the equation. A lot of people think I’m being rude or aggressive, or that I’m not facing the problem head-on and sorting out but, in my mind, I’m thinking to myself that I didn’t go looking for this negativity and if it’s trying to take over me, isn’t the best way to deal with it just detaching from it? Over time, I have allowed myself to accept that I don’t have to put up with other people’s nonsense. I’m not saying I’m over it completely, but more and more I find that detaching from these dramas is more beneficial to my mental health more than anything else.

We can read books and articles on all this but we also know that it will only work when we make it. There’s no one who will come fight your battles or put things right for you. Have the courage to do it for you because YOU are the most important person in your life.

It’s a good day to have a good day. 💖
I’m a foot shorter than my son. 😂
It’s such a privilege to call this planet my home.
It’s so fabulous to be me.
I love being on my balcony.
Midas touch
We were looking in the same direction but the perspective wasn’t the same.
Spotted
💜
My cardiologist says I’m allowed to have a glass of red wine a day.